**READ THE BIRMINGHAM TIMES. Catch up on the news!

**HIS SHADOW by LOY A WEBB at Encore Theatre and Gallery. 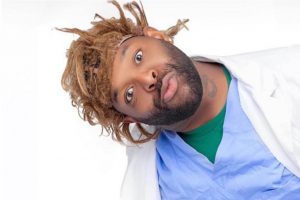 **SATURDAYS IN THE GARDENS at Birmingham Botanical Gardens.

**EVERY MONDAY is MONSLAYYY – THE CARIBBEAN WAY, 8 p.m. at the Vault with TRINI and BRENT TRINI-FRESH PIERRE. FREE.

**TASTY TUESDAYS at Platinum of Birmingham.

**EVERY TUESDAY LIT AND JAZZ with DAVID TALLEY AND FRIENDS, 7 p.m. at Lit on 8th, 518 Rev. Abraham Woods Blvd.

**READ THE BIRMINGHAM TIMES. Catch up on the news!

**FIND YOUR FUNNY COMEDY CLASSES with EUNICE ELLIOT at the StarDome Comedy Club.

**HISTORY IN THE MAKING – NIA DACOSTA IS FIRST

BLACK FEMALE DIRECTOR IN BOX OFFICE TOP SPOT – Box Office First ‘Candyman’ Director Becomes First Black Woman to Reach No. 1. Nia DaCosta is the first Black female director to debut in the top spot of the U.S. weekend box office after her horror remake earned $20.4 million in its opening weekend. Unlike the 1992 original, this Candyman — about the vengeful ghost of a slave’s murdered son — had a Black creative team. She wrote and directed the crime thriller film Little Woods, winning the Nora Ephron Prize at the Tribeca Film Festival. While DaCosta’s ranking is a first, a few other Black female directors have come close, like Ava DuVernay, whose Selma and A Wrinkle in Time both opened in second place. Now DaCosta is working on The Marvels, the sequel to comic book blockbuster Captain Marvel. (Sources: Deadline, IndieWire, Wikipedia)

AT BIRMINGHAM MUSEUM OF ART…

**SEPTEMBER 16 – ART IN CONVERSATION/POWER WOMEN OF ASIA, 10:30 a.m. on September 16, join Hina Zaidi for an insider look of the Power Women rotation in the Asian galleries which explores ways art can help us to look critically at the social standards to which women have been held.

**BPL FOOD FOR FINES – Birmingham Public Library (BPL) holds Annual Food for Fines Campaign. The 7th annual “Food for Fines,” a canned food drive is held each September that allows patrons to pay off up to $10 toward their library fines by donating canned or boxed foods. One dollar in fines will be waived for each item of food donated at any of the 40 locations. The waived fees apply to fines only. The food drive is open to anyone, even if they do not have overdue materials. Expiration dates on food must be visible on all donated food items. Contact the library for more details.“Food for Fines” is held in conjunction with the annual “National Library Card Signup Month.”

**VIRTUAL CAHABA RIVER FRY DOWN – This catfish Cook-Off and Festival is online now with Grand Finale Live on October 2 at noon. Free for everyone to watch. Vote with your donation.

**SCHOLARSHIP OPPORTUNITIES WITH ACHE STUDENT GRANT PROGRAM – The Alabama Commission on Higher Education is coordinating for higher education in the State of Alabama. Application deadline is September 15. The scholarship award is up to $1,200. The Alabama Student Grant Program is a state student assistance program established to provide financial assistance to residents of the State of Alabama for undergraduate, non-sectarian education at independent, nonprofit, post-secondary institutions of higher learning located within the State of Alabama. Applicants must be a citizen of the United States or in the process of becoming a citizen. Must not be enrolled and not intend to enroll in a course of study leading to an undergraduate degree in theology, divinity, or other religious vocation. This grant is available only to students at an eligible independent Alabama college or university. This is not a need based program. Grant amounts vary from year-to-year based on the availability of funds, but cannot exceed $3,000 per academic year. The following institutions are the only participants of the Alabama Student Grant Program: Amridge University, Birmingham Southern College, Faulkner University, Huntingdon College, Miles College, Oakwood University, Samford University, Spring Hill College, South University – Montgomery, Stillman College, U.S. Sports Academy, & University of Mobile. Go to : ache.edu.com

*SATURDAY and SEPTEMBER 25 – AMERICA’S LARGEST INTERACTIVE MYSTERY DINNER SHOW, THE DINNER DETECTIVE, 6 p.m. at Double Tree, 8 Perimeter Park South. The only party where you want the cops to show up.

FOR ART NEWS AND LOVERS…Around the World… (Some taken from ARTnews, and Art in America. For more, visit: ArtinAmerica.com.) 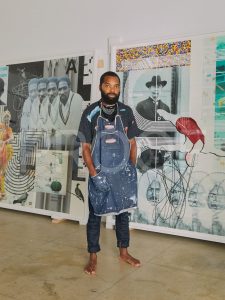 **BLACK ARTIST TAVARES STRACHAN IS REPRESENTED BY PERROTIN GALLERY – Perrotin Now Represents Tavares Strachan – Perrotin gallery, which maintains spaces in New York, Paris, Seoul, Tokyo, and Shanghai, has added interdisciplinary artist Tavares Strachan to its roster. His multimedia installations investigate the relationship between art, science, and politics, highlighting the power dynamics that dictate how history is recorded. His work will be featured at Perrotin’s Art Basel booth this September. Strachan’s first exhibition will take place at the gallery’s Paris location in October 2022 in conjunction with an exhibition at Marian Goodman Gallery’s space in the French capital.

**SATURDAY BEACH WALK – Meet 8:45 a.m. with Southeastern Outings River Beach Walk, Swim and Picnic at Barton’s Beach in Perry County, Alabama – DETAILS: Enjoy a beach gathering on a beautiful, fine-grained sand beach in Alabama. The scenery is spectacular. The area is an extensive sand beach on the Lower Cahaba River. The floodplain broadens and creates areas of bottomland hardwood forests, oxbow lakes and extensive sand and gravel bars. Float on the river from the upper end of the beach to the lower end of the beach and then carry your float and walk on the beach back up to the upper end and repeat that real fun experience as many times as you like during the day. You may bring whatever flotation device you wish on this outing. Trip leader Dan Frederick will bring a float air pump to the beach. Bring swimsuit, towel, picnic lunch and water, soft drink or fruit juice to drink.  Wading shoes with substantial soles are recommended. Parking cars and restrooms are available at Perry Lakes County Park. The approximate 1/2 mile hike to Barton’s Beach is easy since the terrain is level and the walk is all on trails. An optional opportunity is to climb on stairs to the top of the Perry Lakes Park viewing tower, a rebuilt fire tower with gorgeous views high above the tallest treetops in the area. Well-behaved, carefully supervised children age 7 and older able to swim are welcome, but parents are responsible for all risks to their children. All participants must be able to swim to come on this outing! If time permits, there might be an optional dinner after the outing is concluded. Meet 8:45 a.m. at the McDonald’s Galleria. Depart at 9 a.m. Info: Dan Frederick, seoutings@bellsouth.net  or 205/631-4680.

NEXT SATURDAY DAYHIKE, 9:45 a.m. with Southeastern Outings Sunday Dayhike at Moss Rock Preserve – DETAILS: Explore a section of this 350-acre forested park in Hoover on a moderately strenuous 2-3 hour hike with some climbing up and walking down hills on Shades Mountain. Experience the preserve’s diverse natural features which include longleaf pine forests, huge boulders, grassy areas, outstanding views and several beautiful streams and waterfalls which hopefully will be running bountifully. Bring hiking poles with you on this hike if you have them. Bring water to drink. Well-behaved, properly supervised children age 8 and up able to walk the distance and complete the hike without complaining are welcome. Meet 9:45 a.m. at the Moss Rock Preserve Parking Lot on Patton Chapel Road. Depart from there promptly at 10 a.m. Below is a link to the website for Moss Rock Preserve, where you can print a map of the trails in Moss Rock Preserve for use on this hike or on future hikes there on your own,

AT THE STARDOME COMEDY CLUB…

**TODAY… COMEDIAN DERRICK STROUP… Alabama native and stand-up Comedian Derrick Stroup is not your average slow talking Southerner. With the cadence of an angry auctioneer, he locks people in with his detailed stories and over the top energy. He started doing comedy nine years ago in Jacksonville, Alabama. Derrick moved to Denver, Colorado in 2015 and has never looked back. Since then, he has become a regular at several clubs in the state and the country. He regularly goes on the road with John Crist and Josh Blue and he even won one of the biggest Comedy Contests in the Country in 2019 at the world famous Comedy Works in Denver. The well respected competition has over 250 entries each year. Derrick also recently shot his Dry Bar Comedy Stand-Up special which was released in summer 2021. Don’t miss your chance to see one of America’s rising stars in stand-up comedy

**FRIDAY THROUGH SUNDAY… COMEDIAN KERWIN CLAIBORNE…Kerwin Claiborne has just begun his own comedy production called “Don’t You Do This To Me” which has sold out every venue thus far. Some of the venues that have sold out are The Joke Joint Comedy Club (Houston), Heyenas Comedy Club (Dallas), The Comedy Zone (Charlotte), Looney Bin (Little Rock), Uptown Comedy Club (Atlanta) Chuckles House of Comedy (Memphis) and The Comedy Club of Jacksonville, just to name a few. Kerwin’s hard work and eager approach to his craft have successfully launched him to stardom. His internet personalities, such as Ms. Mary, Uncle Leroy and Miss Keisha have made it easy for everyday people to relate. Kerwin Claiborne is ready to introduce himself and his many internet characters to the world. 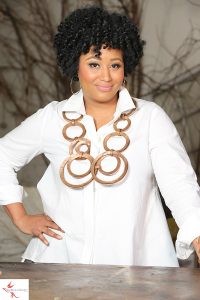 **NEXT THURSDAY…COMEDY CLASSES WITH EUNICE ELLIOT… Whether you actually have dreams of becoming a stand-up comedian or you are looking to become a more confident, effective communicator…… this class is for YOU.  Classes are taught by Comedian, Writer, Actor, Author Eunice Elliot. With over 10+years onstage and onscreen, Eunice has learned the importance of receiving creative feedback and critiques in becoming a sought after speaker and performer. In addition to loving to perform stand-up comedy, this former television news anchor stays busy as a writer/actress for “It’s A Southern Thing”, author, and podcast host.

**NEXT FRIDAY THROUGH SUNDAY… COMEDIAN GODFREY…