An Australian body for GPs is concerned about “non-evidence-based” alternative therapies being spruiked as treatments for COVID-19 and to ‘treat’ vaccinated people in some areas of the country.

Dr Karen Price told The Feed she has a strong message for those considering turning to alternative therapies and avoiding vaccination: “don’t”.

“At best they will just lighten your wallet, but at worst you could be putting yourself at risk of real harm,” Dr Price, president of the Royal Australian College of General Practitioners, said.

“People need to be aware of the risks, these so-called treatments have no scientific evidence to support their use.”

The Feed has seen social media posts by an anti-vaxxer from northern NSW discussing how she believes angelic reiki can ‘heal’ vaccinated people and bring them “back to their soul”. At the time of writing, the Facebook post was not flagged for COVID-19 misinformation.

In that post, she said the so-called healing involves asking god for forgiveness for what a person has “done to their natural gift of a human form” by getting a jab.

“My mum is an angelic reiki practitioner and she has been given a course from [a] healers group to help reconnect vac***ated people,” she wrote on Facebook. The Feed reached out to the woman’s mother for comment. She said she’s currently learning about how to treat people who have been vaccinated with angelic reiki and also believes she can help those suffering from COVID-19.

“To have this injection is disconnecting you from your own soul and Christ consciousness,” she said.

The woman reiterated that while she is concerned about the virus, she does not support the NSW government’s health advice to get vaccinated.

Dr Price said some people may experience side effects after getting a COVID-19 vaccine, such as tiredness, a headache or pain where they had the injection.

“Most side effects are minor, but if anyone has concerns they should talk to their GP,” she said.

She said, “COVID-19 is a deadly and extremely contagious virus, and we are very lucky to have two very safe and effective vaccines available to protect our community.”

“I’ve seen patients struck down by COVID-19 and suffering long term health effects, it is not worth gambling with your health.”

Anti-vaxxers and the wellness world

Northern NSW has traditionally had lower childhood vaccination rates than anywhere else in Australia.

Dr Ross said the idea of “healing the vaccinated” is becoming more popular. But she said most people in the unvaccinated alternative wellness world are busy “protecting themselves” from the vaccinated.

“[Anti-vaxxers] are saying things like, stay away from the vaccinated, they shedding spike proteins and they’ll make you infertile, which is complete and utter rubbish,” Dr Ross said.

Angelic reiki and ‘the rabbit hole’

Dr Ross said there is a subset of people who see the pandemic as a spiritual battle and themselves as healers who are attuned to something they call the ‘source’.

The source, she said, represents everything that is energetically good and light. “If people are ill, they believe it's because they're not connected to the source,” she added.

Angelic reiki follows the assumption that you can heal by channelling that spiritual and cosmic energy and putting your hands on or over someone, Dr Ross said.

“They identify as what's called ‘Starseeds’ - that they are supposedly chosen souls inhabiting human bodies and their job is to usher in a new period of health and wellbeing.”

Veronica Rawlinson practices angelic reiki on the NSW South Coast but doesn’t see herself as a “Starseed”.

She said her practice involves working with crystals, essential oils, angels and archangels.

“Some people come when they are very ill, many come for niggling injuries, arthritis [or] back problems and a lot come because they have heard of it and are curious,” Veronica said.

“I personally like to help those who are palliative to just offer them some peace and perhaps alleviate any fears,” she added.

Veronica said she, and others she knows, have sent “healing and love” to the virus.

“Not saying we're going to cure it or get rid of it, we just gently send it love, like you send everybody love,” Veronica said.

“So that might sound a little weird, but we send healing every week around the globe.” 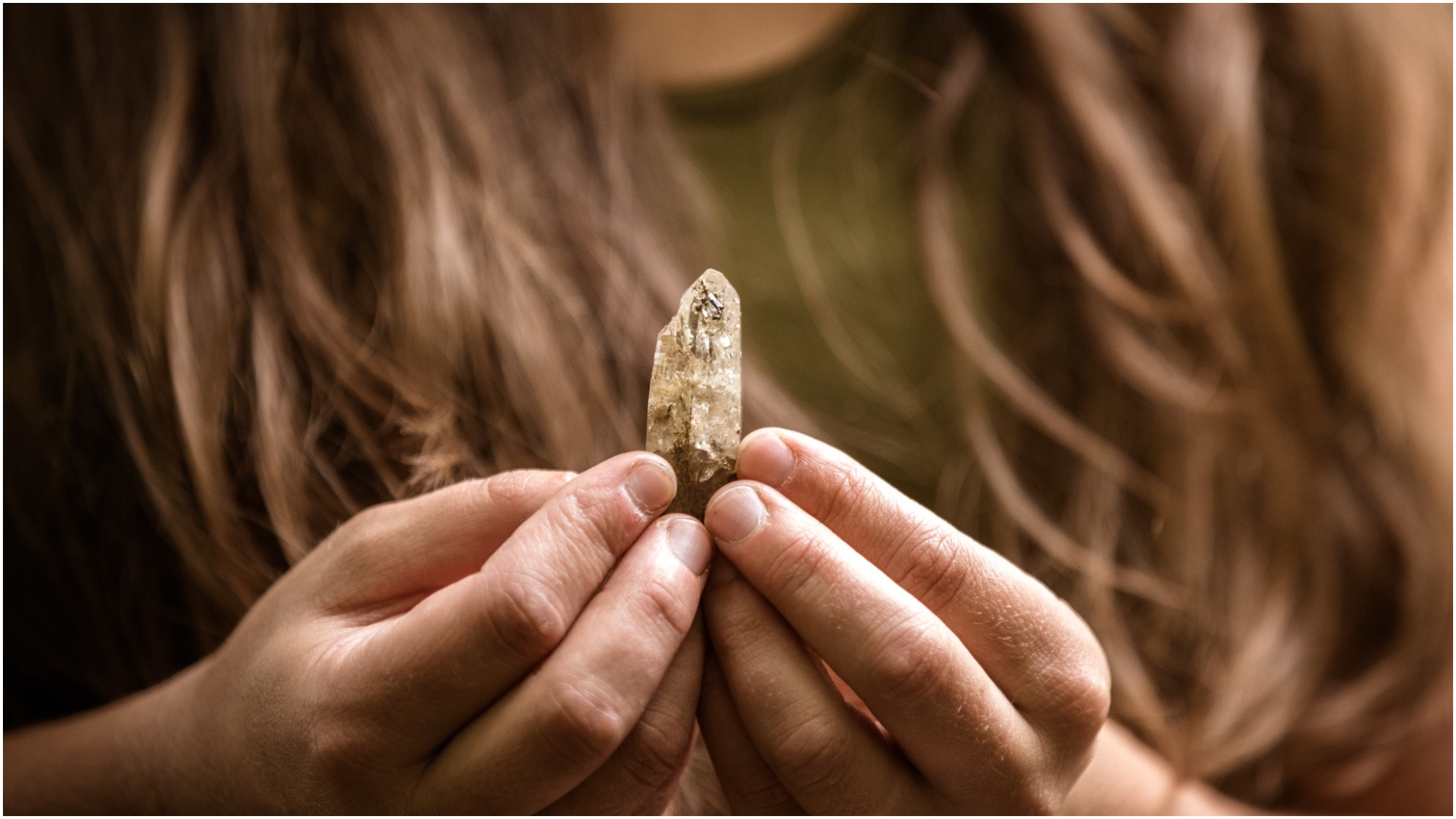 Veronica does not practice angelic reiki on vaccinated people and believes the practice should never replace health advice from a GP.

“The healer is just an access point for you to get the healing that you need. The healing is between you and God,” Veronica said.

She told The Feed many people in the alternative medicine fields have succumbed to rabbit holes, from anti-vaccination stances to QAnon conspiracies.

“If you get caught up in that….It's going to take you down a spiral, it can sometimes be very hard to come back from,” she said.

Ruby Rose Taylor lives in Byron Bay and is a reiki, sound therapy and hypnotherapy practitioner. She’s currently not working due to NSW’s lockdown. Young woman wearing hat and sunglasses at the beach in Byron Bay.

Like Veronica, Ruby said at the start of the pandemic, she felt herself getting pulled down conspiracy rabbit holes and had to step away.

“I got really drawn into the drama of the whole thing. It was starting to overtake my life,” Ruby said.

“I was starting to look into all these conspiracy things and it was just infiltrating my consciousness.”

Ruby told The Feed there are numerous people in her community who are swept up in the world of conspiracies.

To “stay grounded”, Ruby said she decided to spend less time on social media and block out the conspiracy chatter.

“I think my prayer for all of us going through this together is that we see each other with compassion and care,” she said.

In a statement to The Feed, a spokesperson at NSW Health urged people to only rely on trusted and credible sources regarding COVID-19 information.

“People should access COVID-19 health advice and information from official channels including NSW Health and NSW Government,” the spokesperson said.

“Since the start of the pandemic, daily press conferences have delivered clear and accurate information to the people of NSW, and we continue to work with the media to ensure information is communicated to the public in a timely manner.”